Fifteen percent of Canadians age 65 and older are currently living with Alzheimer’s Disease (AZD) and other related dementias. (1)

The onset and progression of AZD has many pathways and contributing factors. Here is a short (but not comprehensive) list of how and why brain cells die with Alzheimer’s Disease: 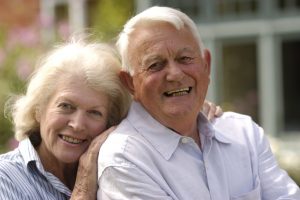 Ideally, SPECT (Single, Photon, Emission, Computer Tomography) Scans: are recommended by Dr. Amen from his book Preventing Alzheimers because they can identify persons with reduced brain function before they actually lose brain tissue. A physical exam and MRI should be done to rule out brain tumors, hydrocephalus, vascular causes of dementia and other causes of frontal lobe, Lewy bodies, etc. PET scans are also an option, and although they provide better precision, they often cost more and are not reimbursed by many insurance providers. Unfortunately, in the absence of symptoms, brain imaging is not done as a preventive measure. However, genetic testing is now affordable as it becomes available to Canadians via Canadian Research facilities to assess ones APOE4 gene allele which confers risk for AZD. Most Naturopathic Doctors can draw your blood in-office for a basic genetic screen and ship directly to a Canadian lab.

Naturopathic Medicine offers the best hope for prevention and delay of AZD. As we focus on nutrition, exercise, lifestyle and optimal nutrients, it is even helpful with early onset of symptoms. There are many therapies available so the following is not a comprehensive list.

Benefits of Monthly B12 Shots

The Framingham Offspring Study found that as many as forty percent of the population might be at risk of a vitamin B12 deficiency. Researchers from the Oxford Project to Investigate Memory and Ageing (OPTIMA) studied 107 volunteers age 61 to 87 who did not have cognitive impairment and underwent yearly MRI brain scans, cognitive and memory tests and physical exams for five years. The study, published in the journal Neurology, found that people who had higher vitamin B12 levels were six times less likely to experience brain shrinkage compared with those who had lower levels of the vitamin in their blood. None of the people in the study had vitamin B12 deficiency. The standard blood test for assessing Vitamin B12 levels is not accurate.

Many of our patients receive regular Vitamin B12 and Folic acid intramuscular injections and have significant improvement in their overall well-being. There can be absorption issues and defects with oral supplementation in many individuals and injections bypass this problem.

Recent studies are continuing to unveil the benefits of lifestyle modifications in curtailing the risk of Alzheimer’s Disease (AZD). In a recent article by The Globe and Mail, routine exercise is noted as a key component in dramatically reducing the risk of AZD, by “as much as 40 percent”. Other sources cite as much as 50% reduction in risk. Regular exercise increases nerve growth factor which stimulates new brain formation, reduces the risk of diabetes and insulin resistance, lowers cortisol and increase blood circulation to the brain. Starting regular exercise before the age of 75 is important, it won’t help any later!

Pima Indians have a high incidence of the APOE4 gene allele. When removed from their natural environment they have high rates of obesity, type 2 diabetes, and AZD.  Their traditional diet of maize, beans, squash, deer, jackrabbits, fish, and desert fruits have low rates of AZD despite carrying the APOE4 allele.

Similarly, Nigerians who carry the APOE4 allele and who consume their traditional diet, which is low in high-glycemic carbohydrates and sugar, low fat, low calorie, and predominantly made up of grains, yams, vegetables, and some fish, also have a low incidence of dementia. In sub-Saharan Africans the APOE4 allele does not confer an increased risk of Alzheimer’s disease for similar dietary reasons

These groups of traditional peoples who carry the APOE4 allele give tremendous hope to APOE4 genotypes. It suggests that if APOE4 genotyoes apply the scientific dietary and lifestyle principles then the risk of Alzheimer’s disease could be significantly reduced. 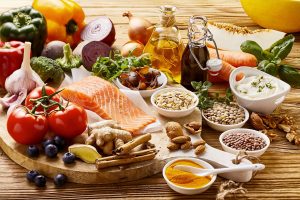 The Mediterranean diet emphasizes high quality fresh fruits and vegetables, nuts, legumes, unrefined cereals, olive oil, fermented dairy products such as yogurt and natural cheese, and fresh fish as daily staples. Red meat is limited to about one meal a month; poultry, eggs and sweets are consumed infrequently, eaten about once a week. Moderate amounts of red wine can be part of the diet. (7)

The famous saying, ‘use it or lose it,’ has never rung more true.  As we age, we are continuously losing brain cells called neurons.  While we want to be healthy and maintain the neurons we have, our brain is very efficient by creating webs between neurons.  This is why ‘practice makes perfect.’  The more we engage, the more webs we create allowing us to continually learn and grow throughout life.  My patients who remain engaged in learning, socializing, athletics, and other activities live happier and healthier lives.

Nutrients to help lower your risk

There is significant objective data to show that several nutrients are key in slowing the progression of AZD via many different mechanisms. They include all of the following: Omega-3 fatty acids, Folic Acid, Vitamin B12, Vitamin C, Vitamin E, Lipoic Acid, CoQ10, Curcumin, Bacopa and many more. Which nutrients you should take for prevention is best determined by looking at your entire health history, completing a genetic test to evaluate your risk and assessing your current lifestyle practices.

Alzheimer’s disease, other forms of dementia, mood disorders, and learning disabilities are not conditions we have to put up with or wait to take its toll.  Proactive health measures affecting circulation, blood sugar balance, and inflammation can be incorporated to improve and prevent neurodegeneration.