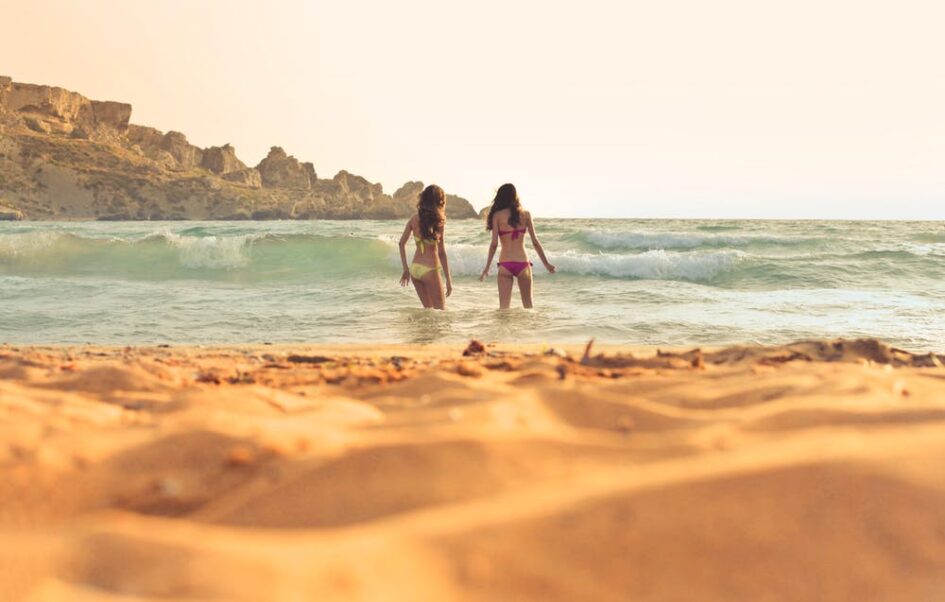 Getting to the Bottom of Vaginal Yeast Infections, UTI’s & BV with Unique Probiotic Strains.

Summer fun in the sun usually means more swimming, more sweating and likely wearing your damp bathing suit a little bit longer than you probably should! These conditions create the ideal environment for some very common and undesirable female genitourinary tract infections. If you are susceptible to frequent vaginal yeast infections, UTI’s (urinary tract infections) or bacterial vaginosis, or if you are pregnant, please read on!

Over the past decade, research has been exponential in exploring the role in which human microbiota and probiotics play in health and disease. Most recently, a primary focus has been to investigate the role of the microbiome in the health of the female genitourinary tract. The Vaginal Microbiome Consortium (imagine that? – a consortium just for the vagina!)  at Virginia Commonwealth University are conducting a 2-stage research project funded by the National Institutes of Health. This project involves collecting vaginal samples from over 6000 women 18 years and older in the first stage, and samples from 2000 pregnant women in the second stage,3  to better understand the importance of vaginal bacteria in one’s overall health as well as for pregnancy outcomes and preterm birth.

Why your Vaginal Flora is so important!

There is a lot of new “Biome” terminology emerging in medicine. “Eubiosis” translates to our good community of bacteria existing in balance and harmony with the human body. Thus, vaginal eubiosis is largely dominated by Lactobacillusspecies of bacteria; these typically make up 90-95% of healthy vaginal bacteria and are comprised of Lactobacillus crispatus, L gasseri, L iners, and L jensenii.

Vaginal Dysbiosis, in contrast to “eubiosis”, is where there are less lactobacilli and increased polymicrobial populations that can lead to common conditions of vaginal yeast infections, UTI’s or bacterial vaginosis (where no lactobacilli are present).

Lactobacillus species in the vagina contribute to a number of health-promoting and protective factors in women. These include:

In general, clinical research with probiotics has been focused on oral use for gastrointestinal health and immune system benefits. Probiotic research for female genitourinary health has focused on intravaginal application of lactobacilis strains.

Emerging trends, however, have looked at oral probiotics to colonize the vagina, backed by a substantial amount of clinical research. Numerous trials have demonstrated that oral administration of specific strains of lactobacilli – in particular, L crispatus, L rhamnosus, L gasseri, and L reuteri – can both maintain and restore healthy genitourinary microbiota in females.23-25 One study in particular, found that oral supplementation with probiotic strains of L acidophilus and L rhamnosus in women with intermediate vaginal microbiota (having only modest levels of Lactobacillus spp versus the preferred 90-95% Lactobacillus spp) led to significant vaginal colonization of both strains and restoration of normal vaginal flora.

VVC is a fungal infection that causes irritation, burning, and pain; discharge (may be thick white clumpy discharge or watery discharge) and intense itchiness of the vagina and the vulva. Vaginal yeast infections affect as many as 75% of women at some point in their lifetimes and are often more common after increasing sexual activity, recent antibiotic use, or during times of sunbathing, excessive sweating and wearing damp clothes for longer periods of time. Vaginal yeast infections are most commonly associated with overgrowth of Candida albicans and Candida glabrata.33

Bacterial Vaginosis (BV) is a common vaginal infection that can sometimes be masked by or co-exist with a vaginal yeast infection.

BV can cause significant gynecological and obstetric complications.  Typical symptoms may include vaginal malodor, itching, painful urination, and a thin discharge, but a substantial number of women with BV may also exhibit no symptoms at all.28 BV has been associated with pelvic inflammatory disease (PID), infections following gynecological surgery, and preterm birth.29 Estimates suggest that 40% of cases of spontaneous preterm labor and preterm birth may be associated with BV.30 Yet another reason to consider taking probiotics, especially in the third trimester of pregnancy. Although no single pathogen is known to cause BV, Vaginalis and Atopobium vaginae are commonly associated with the condition.27

Two clinical trials* have shown that the addition of probiotics to standard treatment of BV (metronidazole and tinidazole) improves the eradication of BV symptoms.31,32 Both trials used a combination of L rhamnosus and L reuteri (1 billion colony-forming units [CFU]/day of each strain) both concurrently with and after standard treatment for BV. Women in this study used probiotics for 28 days in the first trial and 30 days in the second trial. In both studies, there was a significantly higher “cure” rate in women taking the oral probiotic combination compared to the placebo group. In the first trial, high counts of Lactobacillus species were also recovered from the vagina of women treated with the oral probiotic combination.31

In clinical practice, we like to recommend easy-to-do home treatments that can help aid in re-establishing normal vaginal flora over time.

Urinary tract infections (UTIs) are all too common and as many as 50% of all women will experience a UTI in their lifetime. Symptoms may include a strong persistent urge to urinate, burning and pain with urination, incomplete voiding, and cloudy, pink or strong-smelling urine. Other times, there are no symptoms. Treatments for UTI’s often fail due to the growing trend of antibiotic resistance. Escherichia coli (E. coli)is the most frequent (85-90%) pathogen causing UTI’s, followed by numerous others like Staphylococcus saprophyticus, Klebsiellaspecies, Proteus mirabilisand Enterobacter species, as well as others.44,45According to BC Biomedical Laboratories, the number of E. colipathogens resistant to trimethoprim-sulfamethoxazole (TMP-SMX) increased to 25.3% in 2008. Ciproflaxacin-resistant E. Coli is about the same, increasing from 2.25 resistance in 1998 to 22.5% resistance in 2008.46And even when nitrofurantoin does work effectively for E. Coli, should the UTI be of a Klebsiella orProteusbacteriology, the infection is 68.6% and 100%, respectively, resistant to nitrofurantoin.

Failed antibiotic treatment for UTI’s has led to increased interest in non-antibiotic therapies for recurrent UTIs. In our naturopathic practice, we tend to prefer the use of herbal combination tinctures and tablets in addition to selective probiotics over antibiotics, to improve eradication of the infection. We now know that oral probiotic supplementation has long term benefits in reducing recurrence.

A 12-month clinical trial with 252 postmenopausal women having recurrent UTIs compared a probiotic combination to TMP-SMX for the reduction of UTI recurrence.37  Women were randomized to (1) TMP-SMX, 480 mg (1 tablet at night) and 1 placebo capsule twice daily; or (2) 1 capsule containing L rhamnosus and L reuteri  (1 billion CFU/day of each strain) twice daily and 1 placebo tablet at night. After 12 months, the mean number of symptomatic UTIs (clinical recurrences) was 2.9 in the antibiotic group and 3.3 in the probiotic group, compared to a mean number of symptomatic UTIs of 7.0 and 6.8 in the year prior for these groups, respectively. While clinical recurrences after the one year did not differ much between groups, the antibiotic group was found to have a more than 2-fold increase in resistance to both TMP-SMX and amoxicillin, while the probiotic group showed no increase in antibiotic resistance. The study investigators conclude “lactobacilli may be an acceptable alternative for the prevention of UTIs, especially in women who dislike taking antibiotics.”37

Preterm birth is considered to be delivery before 37 completed weeks of pregnancy.38 Preterm birth comprises 11% of all live births worldwide, and its complications are estimated to cause 35% of the world’s neonatal deaths.

In addition to pregnancy outcomes, the use of probiotics preterm has been associated with a decreased risk of postpartum depression and anxiety,41 gestational diabetes mellitus,42 and infant atopic dermatitis, otherwise known as eczema, (taken preterm and post-term).43

Female genitourinary tract infections (such as BV, vaginal yeast infections, and UTIs) and preterm birth affect billions of women each year, resulting in considerable stress, health care costs and unnecessary deaths. Options for the prevention and treatment of these common conditions in conventional medicine are limited, particularly for women with recurrent infections. Clinical data support the use of oral probiotic products containing combinations of Lactobacillus strains as a safe and effective way for women to re-establish and maintain healthy vaginal microbiota.  Probiotics can help to potentially reduce these infections as well as improve pregnancy outcomes.

If you would like to learn more about how to treat and prevent female genitourinary infections naturally, please call us today. We are able to offer full initial consultations, in-house urinalysis, pelvic and pap exams, as well as screening tests for bacterial culture and pathology for any suspected infections. All of our doctors have the capacity to prescribe medications and antibiotics when and if it is indicated, however, as this article summarizes, it’s probably not the first, nor the best choice.